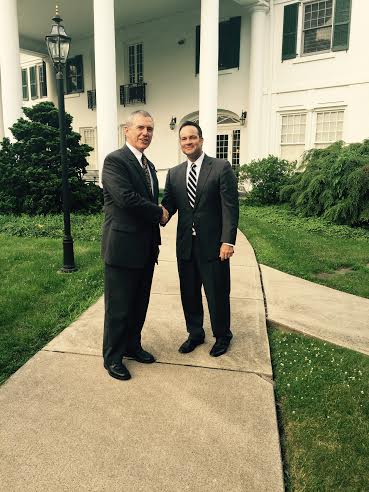 Renaming of Funeral Home Melds More than a Century of Combined Service, Experience and Friendship

Located at 500 Linden Street, Bethlehem, Pa, the Cantelmi Long name will pay homage to the legacy of two families in the local funeral services business.

Cantelmi purchased the Long Funeral Home in July 2015. “It is with great privilege and honor that we announce the uniting of two outstanding names in the local funeral home services, dedicated to serving families and the community for more than a century combined,” said Cantelmi. Both funeral homes were founded decades ago on the principles of sincerity and quality service, adds Cantelmi, who is 48 years old. His late father, Dino Cantelmi Sr., founded Cantelmi Funeral Home in 1963 on the South Side of Bethlehem, before relocating to Fountain Hill.

Cantelmi notes that both locations will maintain operations at their current addresses. Families that have been served by the Long Funeral Home in the past will find business as usual as the Cantelmi Long Funeral Home name moves its traditions into the next generation.

Michael Long, 58, son of the late Wallace (Wally) Long, will continue to serve as Supervisor of the newly named location.

Often referred by locals as “The White House,” the former Long Funeral Home, built in 1915 as a private home for E.J. Mathews, a Bethlehem Steel executive, is noted for its grand Neoclassical Revival architecture. The spacious building features stained glass pocket doors, sweeping stairways, and an ornate marble fireplace.

As longtime colleagues and friends, the late Wally Long and Dino Cantelmi Sr., both of whom passed away in 2015, focused their entire lives on funeral service and caring for generations of families. Dino Sr. and Wally first met in the early 1960s and often socialized and worked together. Wally was known for his daily doughnut runs to Dino’s brother’s business, Cantelmi’s Hardware Store, on the Southside of Bethlehem.

Their five-decade-long friendship often included the two discussing the union of the two businesses.

“This is how they would have wanted it. It is with great honor and respect that we ensure both their legacies live on, and keeping both names is one way to do just that,” says Dino Jr.  Both Dino Jr. and Mike are actively involved in the community and numerous volunteer efforts. The combination of the two noted family names in funeral service brings a renewed commitment to personalized service.