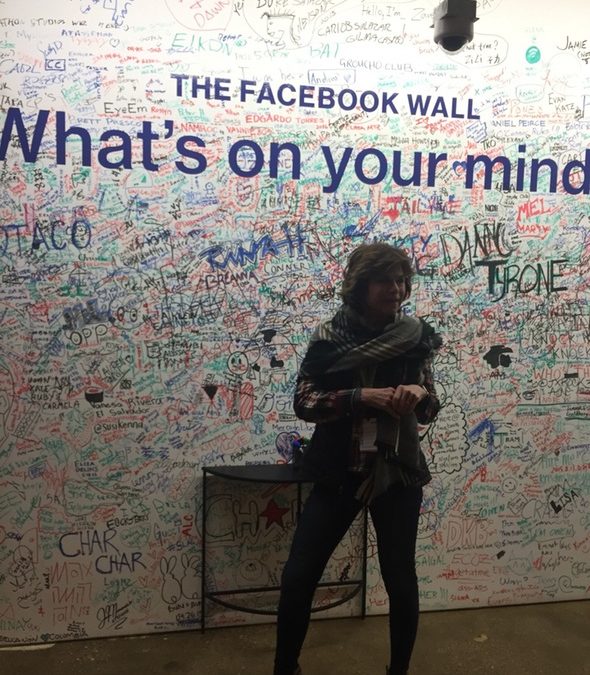 A first look at Facebook’s new features for businesses

By Tina Cantelmi Bradford, February 27, 2017 at 8:00 AM
Published by @LehighValleyBusinessJournal

Customer service, research and rewards – not the first needs that business owners and managers look to fill when employing Facebook.

But the popular social medium can fill those needs and more, I discovered when serving recently as a test study at Facebook offices in New York.

The 90-minute experience was as intriguing as it was informative. The social media giant’s behemoth offices in Lower Manhattan are a bustling, trendy hub of activity.

Perks abound for those who work there, and the best perk for this visitor was learning that some of her favorite ways to use Facebook in business are being resurrected and refined.

Much of Facebook’s success centers on continually rolling out new designs. And it was clear to me that as a one-on-one participant, the company was testing new interfaces that will be particularly useful for small to medium-sized businesses with brick-and-mortar locations.

The host, Jamie, a researcher, had me run through several new business applications, testing designs on a mobile device and personal computer. Study participants’ experiences were recorded on video and photographed for internal use.

Facebook was most interested in how participants would use and interface with the new, mostly mobile developments.

Now, this is where the experience really got cool.

Any social media professional worth his or her paycheck should remember the day about a year ago when Facebook quietly deleted the ability for administrators to “lock” into a sole business page.

Many of the adaptations being tested that day in New York seemed to be in response to that sudden and mysterious change circa last March. Jamie confirmed the theory.

The inside code word for the former application was Highlander, he said, and its quick disappearance created much controversy inside Facebook, as well.

Last year, I sent to Facebook various expressions of my dissatisfaction with the changes.

Then, in typical Facebook fashion, it was crickets – silence – until last month.

That’s when I received a Facebook email with a survey. Based on my survey answers, I was accepted into the study and given an hourlong meeting. (Along with the promise of a $100 gift card for the time and effort.)

A LOOK AT THE IMPROVEMENTS

Facebook is ready to roll out many changes for business pages, and some of the new features already are showing up. Here are some of the potential changes that I tested:

Ever need to respond to a customer or message in a more concise manner? A new, neat feature tested and now starting to roll out on mobile business and PC pages is the ability to “follow up.”

Keywords and notes can be added for the follow-up. This is a great feature for businesses to follow up on customer requests, coupons, sale items and such.

GOOD TO KNOW THAT IT CARES

Overall, it was refreshing to know that Facebook cares about how companies here in the Rust Belt run and operate their businesses and use their Facebook pages.

And to all those folks who go around professing they are some sort of social media guru or Facebook expert, please know that even Facebook employees aren’t privy to all of its nuances.

That was as certain as the popularity and profitability of Facebook itself.

Tina Cantelmi Bradford of Bethlehem is social media manager for GGA Global and principal of Tina Bradford Public Relations. She also manages dozens of social media accounts for clients. She can be followed on Twitter @TinaBradfordPR.